Happy (late) New Year! How has it been so far? Mine has been pretty good. I got a set a Burlesque minis for Christmas and the one that appealed to me the most was 'The Show Must Go On'. Its a pretty red-ish pink that shifts orange in certain ligthing. It looks gorgeous and unfortunately I wasn't able to capture how cool it really is. That's partially because I waited too long and partially because colours like this can be tricky to photograph. 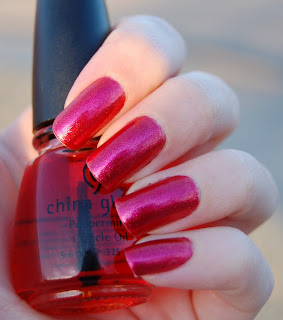 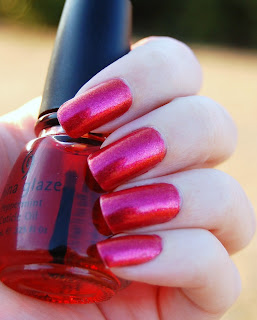 I took the picture with China Glaze Peppermint Cuticle Oil since its hard to take pictures with the mini bottles. I recommend checking your Sally's clearance section; I found tons of discounted polishes at mine, especially ones from holiday collections. I also picked up this cuticle oil since they had a whole container full of them for .99 cents each. I actually really like it and the peppermint smell is nice.

On an entirely different subject...I have some cute pictures to show you! When I asked my boyfriend Chase what he wanted for Christmas the only thing he said he wanted was a kitten. So I got him one. He is so cute but don't let that fool you...he's a troublemaker as well! It was nearly impossible to take pictures of him. Most of them came out blurry. He even tried to attack the camera. 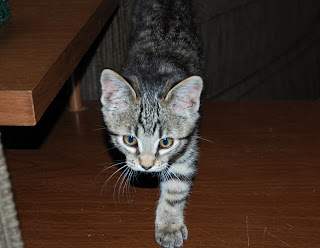 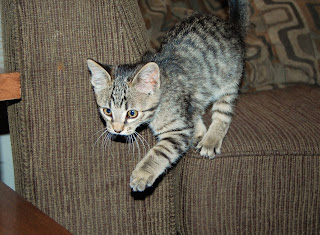 His name is Riku and he was about 8 weeks old when we got him. He's so small he gets in to everything but he is so adorable you can't be mad at him.
Once again, Happy New Years! Have you made any New Year's resolutions?
Peace and Love,
Serena
Posted by Serena at 1/03/2011 05:56:00 PM